Am I just lucky? Am I a good communicator who manages partner expectations? …Or am I dumb and naive? Still, I don’t wait to be turned into a victim, nor do I try to turn my partners into demons.

I’m not sure what to make of the #metoo movement. I write some things in private logs, but I’ll share a little snippet here because it’s relevant. I once had a part-time job at a renaissance festival from age 18-22. I have a lot of stories and fond memories from that place, and I hope to share them with you sometime. However, I will say this about the sexual climate at fest:

“When I attended as a kid, I was enchanted by princesses, knights, and wholesome chivalry. As an adult and a member of the cast, I saw fest in a completely different light. Wow! The place reeks with bawdy humor. It’s amazing that I didn’t notice it as a kid, so kudos to the performers for shielding younger members of the audience! The sexual undertones were always present, but I never felt threatened by them. You’d think I’d be a prime target, right? A pretty, naive, young woman. No, I felt empowered and enjoyed navigating my way around this new conceptual space. I eventually found my home among a group of people that ‘had my back’ by supporting and protecting me. There were definitely some guys at fest that gave off a ‘creep’ vibe, and I was sensible enough to steer clear of them. I never felt compelled to complain about the behavior of a co-worker, but if I needed to escalate an issue I knew I’d be able to report it to appropriate authority.” –Quote taken from a personal private log.

In light of some of the things I heard from women in a YouTube panel (discussed below), I feel a little annoyed when I’m being discussed as being a “vulnerable, infant-like, can’t-make-sensible-decisions-or-understand-my-situation” kind of woman. I know I was barely out of my teens, but come on. What do you take me for? I’m not stupid; I can size up the sexual climate. I might not know everything about it, but I can figure out some high-risk stuff to avoid. I also didn’t go around with a chip on my shoulder waiting to become someone’s victim. I had a handful of voluntary sexual experiences at fest, and those experiences have all been positive for me. I’m not sure whether I’m lucky, OR I’m a good communicator and manage partner expectations, OR …hell, maybe I am actually dumb… In retrospect, I feel that all of my partners were well-matched for me, and I don’t think they had ill-intent. Nor did I feel like I needed to turn them into demons. I know this is not the case for all women. 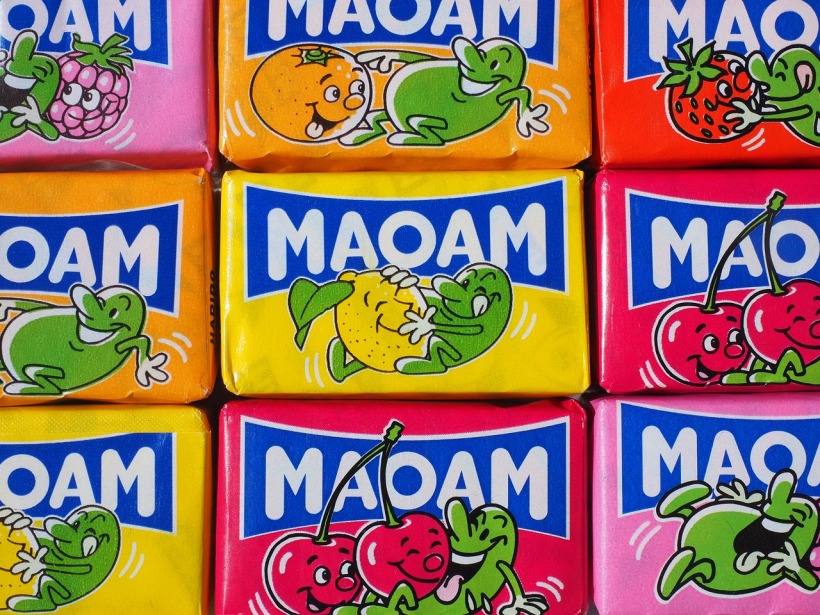 I selected this image because it was sexually provocative, but harmless and fun. This depicts my feelings on sexual innuendo, and my journey as a woman through sexually charged spaces. Guess what, ladies? You are going to have to work with men. You’re going to go to social functions with men present. You’re going to give birth to boys and raise them into men. We all need to figure out what it’s going to take to clearly communicate with each other. Sometimes miscommunications will happen, and I think it’s important to have a good sense of humor about it.

I respect and revere the actual act of sex itself, and reserve it for the very few. I set principled boundaries with the people that are interested in me. A lot of men are good at respecting the boundary of marriage and long-term relationships. Some men are just gross—they get ignored. Some men are nice, but they’re not what I was looking for in the moment—they will get politely turned away. I respect men who respect me, and I am aware that they are human beings with feelings too. While I have had some borderline experiences before and since fest, I followed my instinct and did what felt right in the moment. I view sexual tension as a “game” or a negotiation. I’ve had no regrets, nor trauma. I know a lot of women don’t feel this way about sexual culture.  Maybe I’m just really sheltered and naive. Tell me how wrong I am in the comments.

I found an interesting YouTube panel discussion and took some notes below. While I’ve at least listened all the way through I haven’t quite finished taking notes on it (second time through). You can listen to the video and read the notes below if you want to.

At a high-level, I appreciated this video because I could hear the two opposing viewpoints in juxtaposition with each other which can help me organize my thoughts, and figure out what’s resonating with me and what’s falling flat.

Red text: words paraphrased from the speaker that I resonated with.

Blue text:”aside” thoughts from my head. I might use a quotation from the speaker, marked with quotes.

“(?)” Means whatever the speaker just said confused me.

That’s all for now because I am tired. Maybe will pick it up later.

This site uses Akismet to reduce spam. Learn how your comment data is processed.